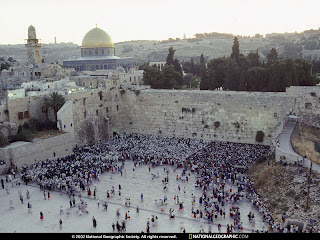 When I was in college I spent a the summer traveling through the Mediterranean. A majority of my time I spent in Israel on an Archeological dig. While visiting the Wailing Wall in Jerusalem I was approached by a orthodox rabbi who invited me to dinner.  Of course I excepted and he gave me directions to his house and pointed in the general direction. That evening I showed up early and invited one of my college friends to join me, Dwight. We showed up, were warmly greeted, but there was a little awkwardness. Then it dawned on me. I have olive complexion dark curly hair and my name is Joshua Kapchinsky. "He thinks I'm a Jew"!. My friend, Dwight Anderson is fair, red headed, blue eyed and as anglo/arian as you can look. We sat around the table with a number of young traveling Jews that the Rabbi had invited. The Rabbi said, "I've invited you all here to tell you about Orthodox Judaism and would like to get to know you all, let go around the table and introduce our selves and I expect that there will be a few surprises" (indicating that there was one that was unlike the others, the obvious red headed stepchild at the table.) 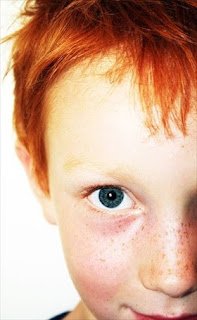 It turned out that the dinner was more than just dinner, it was a special holiday Shavuot celebrating the day God gave the Torah to the people. This happen 50 days after the Exodus. In the Greek it's called Pentecost. 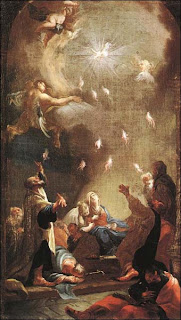 Acts 2, Day one of the Church, receives the Holy Spirit. Pentecost, the day God brought us all back together in a common language. A holy gathering as opposed to a holy scattering that he performed at Babel.

Act 8 Simon the Sorcerer and the Samaritans (wannabe Jews) who received the Holy Spirit.

9-13The next day as the three travelers were approaching the town, Peter went out on the balcony to pray. It was about noon. Peter got hungry and started thinking about lunch. While lunch was being prepared, he fell into a trance. He saw the skies open up. Something that looked like a huge blanket lowered by ropes at its four corners settled on the ground. Every kind of animal and reptile and bird you could think of was on it. Then a voice came: "Go to it, Peter—kill and eat."
14Peter said, "Oh, no, Lord. I've never so much as tasted food that was not kosher."
15The voice came a second time: "If God says it's okay, it's okay."
16This happened three times, and then the blanket was pulled back up into the skies.

From this we know that Peter was a good Jew, if he had tasted bacon he would  not have argued with God. And because of this dream we can now eat things that are tasty; pig, shrimp, cheese burgers. But the dream was not about the unclean food, it was about the unclean Italians, the red heads.

17-20As Peter, puzzled, sat there trying to figure out what it all meant, the men sent by Cornelius showed up at Simon's front door.

I once had a Jewish colleague who ate bacon on accident, I didn't say anything. Is that bad?  Maybe so, cause I was laughing on the inside.


Peter goes to Cornelius's house
The minute Peter came through the door, Cornelius was up on his feet greeting him—and then down on his face worshiping him! Peter pulled him up and said, "None of that—I'm a man and only a man, no different from you."
27-29Talking things over, they went on into the house, where Cornelius introduced Peter to everyone who had come. Peter addressed them, "You know, I'm sure that this is highly irregular. Jews just don't do this—visit and relax with people of another race. But God has just shown me that no race is better than any other. So the minute I was sent for, I came, no questions asked. But now I'd like to know why you sent for me."
30-43 Basic Gospel message.
44-46No sooner were these words out of Peter's mouth than the Holy Spirit came on the listeners. The believing Jews who had come with Peter couldn't believe it, couldn't believe that the gift of the Holy Spirit was poured out on "outsider" non-Jews, but there it was—they heard them speaking in tongues, heard them praising God.


Pentecost Sunday and the out pouring of the Holy Spirit transforms us and heals us spirtualy and empowers us suppernaturaly.  It's a gift available for all, the are no favorites, there are no red headed stepchildren .

The Benediction: I encouraged people to receive the baptism of the Holy Spirit by the laying on of hands. And encouraged those that have been baptized to be conscious of the presence of the Holy Spirit, He is skittish like a dove (not an original illustration). Can't walk to fast or to slow, ya might chase it off. Galatians 5: 25Since we live by the Spirit, let us keep in step with the Spirit. 26Let us not become conceited, provoking and envying each other.